3DPOCKET
Previous Algorithms
LIGSITE
​In LIGSITE, pockets are identified by scanning along the x, y, and z axes and the cubic diagonals (only four diagonals are shown) for areas that are enclosed on both sides by protein (indicated by boldface lines): 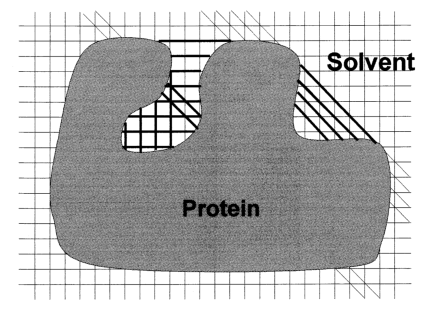 Essentially, it identifies solvent-protein-solvent events to predict pockets and cavities that may be binding sites. The accuracy with which the surface of pockets and cavities is determined depends on the step size that is used. At an infinitely small step size, the surface determined by this algorithm would be equivalent to the contact surface. A large grid step size, e.g. 2.0 Å, decreases calculation time but results in a very angular surface.
PASS
PASS (Putative Active Sites with Spheres) uses the concept of probe spheres and “burial scores” to identify binding sites:
Note: Steps 1-8 correspond to a-h 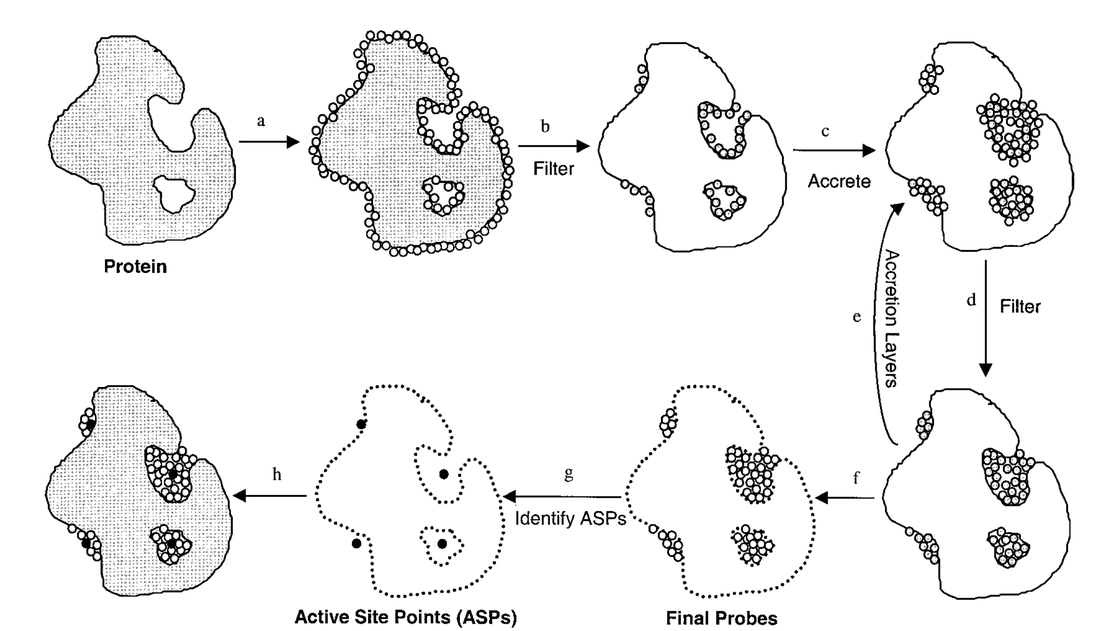 SURFNET
​SURFNET uses “gap spheres” to fill regions between two molecules in order to identify pockets/cavities. The gap regions are filled with gap spheres that are defined by the surface of two specific atoms. Then, the gap spheres are reduced in size until they no longer intersect the volumes of other atoms in the area. This process is repeated for all combinations of two atoms within the gap region. Then, a polyhedron approximating the sphere can be used to generate a larger polyhedron representing the gap region as a whole: 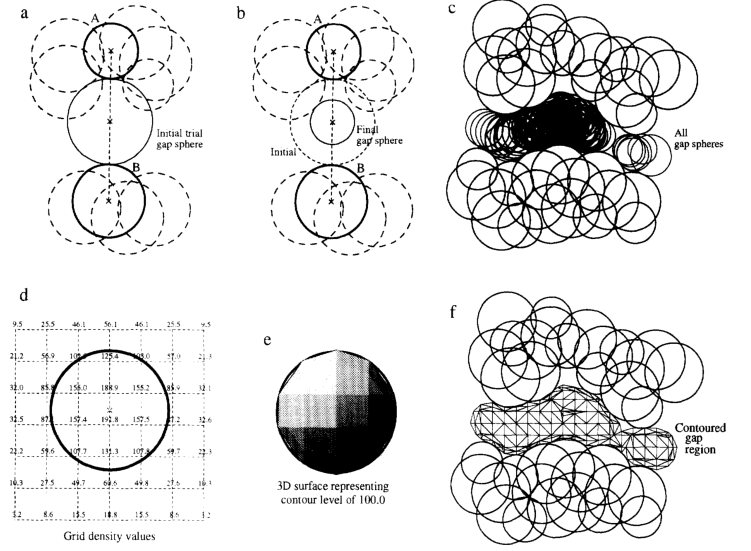